As the most influential cannabis trade association in the state, CCIA is tasked with the enormous (and awesome) responsibility of advocating for the diverse interests of our members and the industry at large.

CCIA Board Members vote on the CCIA budget, provide strategic direction, serve as a representative of CCIA,  and participate in Capitol advocacy and recruitment events.

We are proud to announce the re-election of current incumbent Board members:

As well as freshman board members

This current CCIA board election has seen record turnout, which has triggered a runoff election for the final two board seats and the candidates are:

Each Business or Executive member (company) may only submit 1 ballot consisting of two votes. If two ballots are submitted the first ballot will be counted. Duplicate ballots or ballots from ineligible members will not be counted. 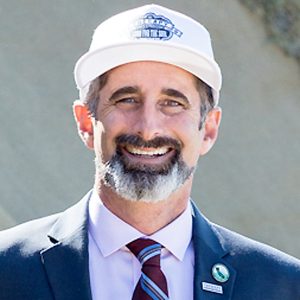 Christopher Coggan received his Associates Degree in Anthropology from Mesa College in 1994 followed in 1997 by a Bachelor of Science in Biochemistry from UCSD. Working in organic chemistry, genetics, and microbiology he honed his empirical skills, eventually landing at Scripps Institute of Oceanography working as a Marine Biochemist.

As a side project in 1998, he co-founded NewSwell Studios, a branding, and web development agency. By 2000, he had put aside his scientific pursuits and focused on his agency. In 2005, he returned to UCSD to work towards his Masters in Fine Art as a traditional painter. During that time he founded several additional creative agencies, acting as the CEO, as well as honing his skills as a branding strategist, a creative director, a professional illustrator and a user experience consultant. In 2004, he opened a restaurant, Cream Coffee Bar in University Heights, cultivating relationships with fair trade and organic coffee suppliers. This experience lead to the co-founding of an early cannabis coffee company in 2008.

In 2014, he founded Therapy Tonics & Provisions, specializing in healthy, infused coffees and teas. In 2016, in an extension of the Therapy ecosystem, he co-founded Therapy Pure Essentials, LLC, a health and wellness company focused on activated hemp infused products. 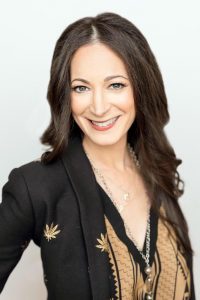 Prior to working in the cannabis industry, Pamela founded and became the Managing Attorney and Legal Program Director for the Sierra Club San Diego’s Environmental Law & Policy Clinic where she worked extensively with elected government officials and regulatory agencies.  Since, she has become known as a fearless advocate for local cannabis businesses along the supply chain guiding them through the ever-changing legal and regulatory landscape. Recognized as an expert in her field, Pamela serves as a featured speaker, providing energetic and compelling commentary focused on topics such as land use and zoning, regulatory compliance and environmental issues.  Pamela’s current mission is to advance the importance of supply chain agreements.

Pamela is a trusted resource for local governments looking to effectively regulate cannabis within their jurisdictions and has served as the Special City Attorney for the City of Hollister regarding their Commercial Cannabis Ordinance.  Along with providing her clients with exceptional service she is proud to serve as an Advisory Board Member for the Foundation Of Cannabis Unified Standards (“FOCUS”), and Annabis, a cannabis fashion company.

As a former firefighter-paramedic and a retired Emmy Award Winning Assistant City Prosecutor and trial attorney, she brings to the table years of hands on experience. She has a deep respect and value for justice and believes that equity is where justice begins and ends. Described by colleagues as relentless, determined and a force to be reckoned with, she balances her tenacious spirit with compassion and empathy.

“Equal justice under cannabis law for all” has become Yvette’s motto! Her ultimate focus is to educate those in power and make sure that regulation is tolerant in its impact and is inclusive of the entire community. Working side by side with city and county governments to educate and foster economic growth will bridge the communication gap between local government and the community regarding the cannabis industry. Regulation should be followed, but not overly burdensome.

As an Amazon bestselling and a #1 International bestselling author, Yvette wants to help create a paradigm shift in the cannabis industry where “Equal justice Under Cannabis Law” becomes a reality for all choosing to enter into this exciting field.

Vote Here - CCIA Board of Directors Runoff
Scroll To Top